Division of IT Media Portfolio

In recognition of National Cyber Security Awareness Month in October, the Texas A&M Division of IT created the "Aggie LIFE" website and game. The site and online game remain active, but from October 15-26, 2018, all players received a coupon for a free item and the top ten players were entered into a random drawing for the grand prize.

The campus community was invited to play the game and increase their awareness of cyber security and online safety. The game was promoted through emails, monitor cards that were placed in all open access computer labs, social media, posters and a promotional video.

The campaign was highly successful, with over 42,000 game completions during the contest period and email open rates between 35% and 37%.

In "Aggie LIFE," players participated in a "digital board game" that took them through graduation and a random career. Players also encountered various "life events" throughout the game, from winning contests to car repair. Scores increased when a player correctly answered a cybersecurity question or landed on a positive life event, and decreased with incorrect answers or negative events.

The site and game are available at it.tamu.edu/aggielife. Prizes and award information have been removed from this version since the campaign concluded.

To promote gameplay during the campaign, players received a coupon for their choice of sponsored, free items upon completion. Players with a score in the top ten were entered into a random drawing for the Apple Watch grand prize.

The Division of IT sent six, targeted emails to the campus community with open rates between 35% and 37%. 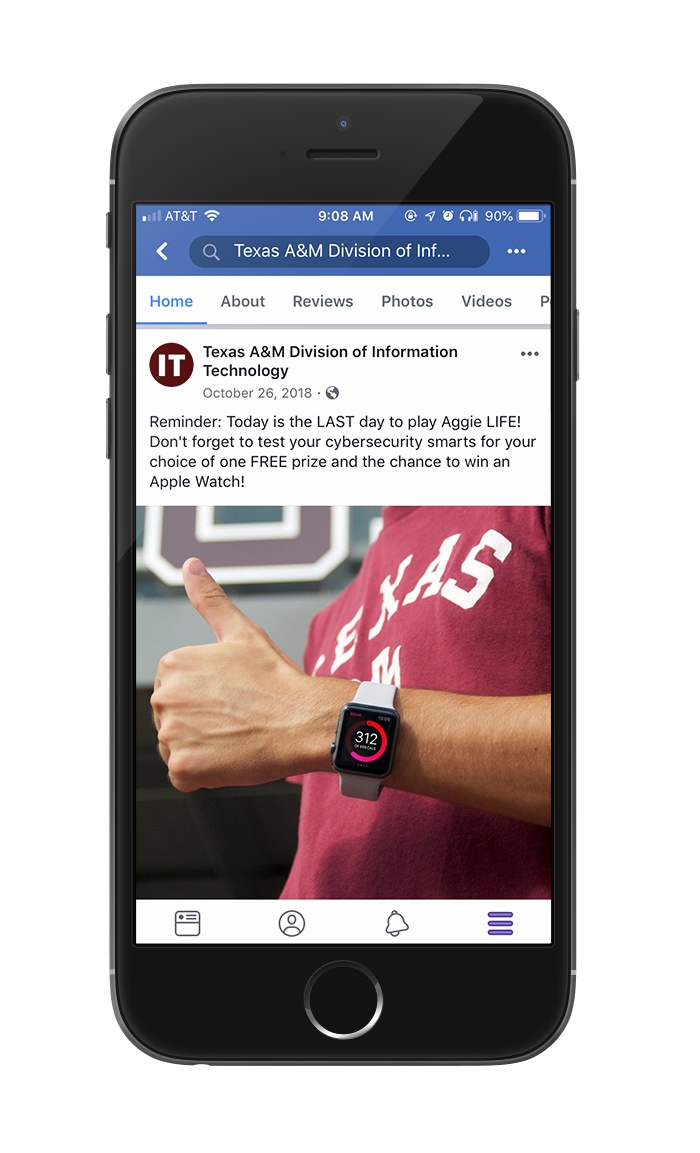 A Facebook post advertises the last day to play Aggie LIFE and enter to win an Apple Watch. 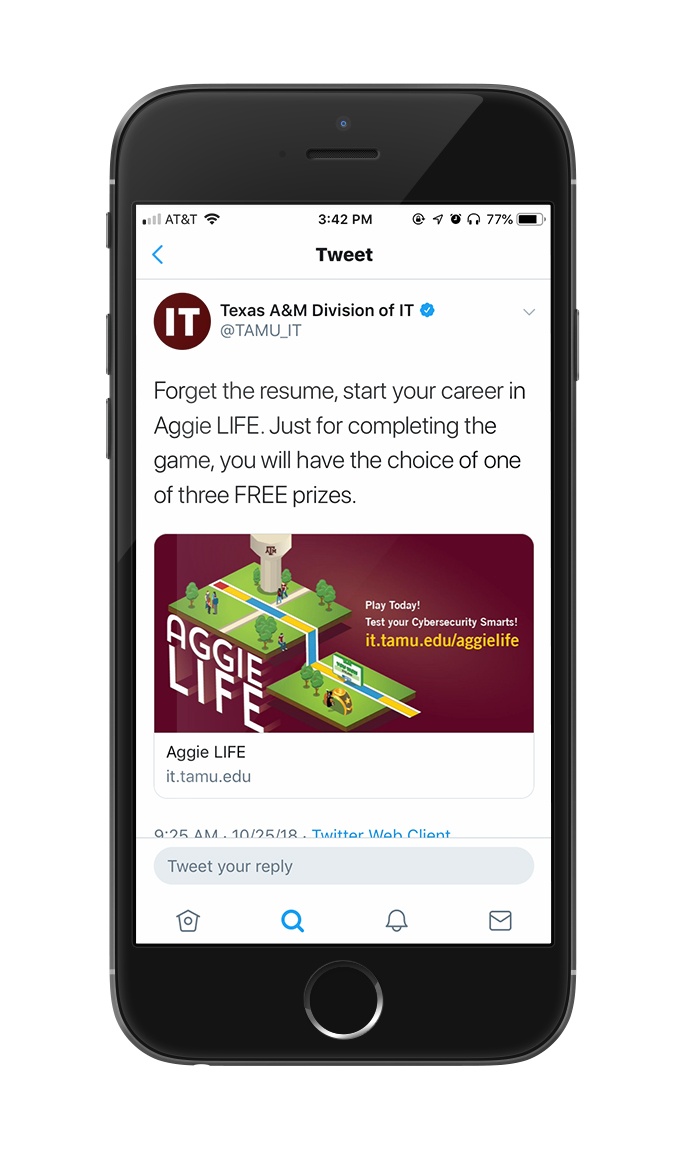 The Division of IT tweets, "Forget the resume, start your career in Aggie LIFE."

An Instagram post featuring a GIF of the classic LIFE spinner spinning as we count down to the launch of the campaign.

Posters and monitor cards were placed next to computers in the computer labs across campus. 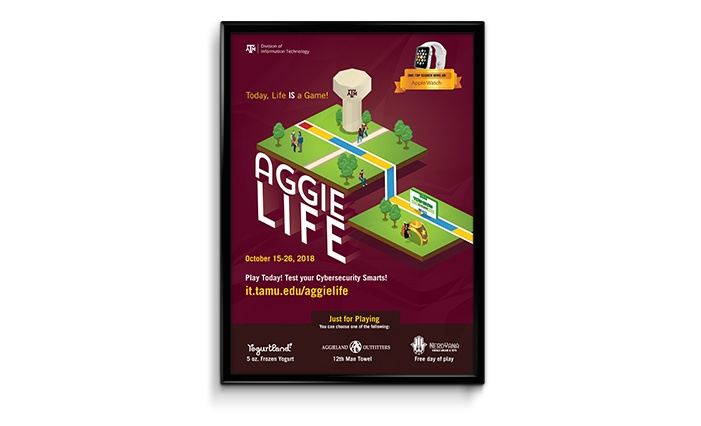 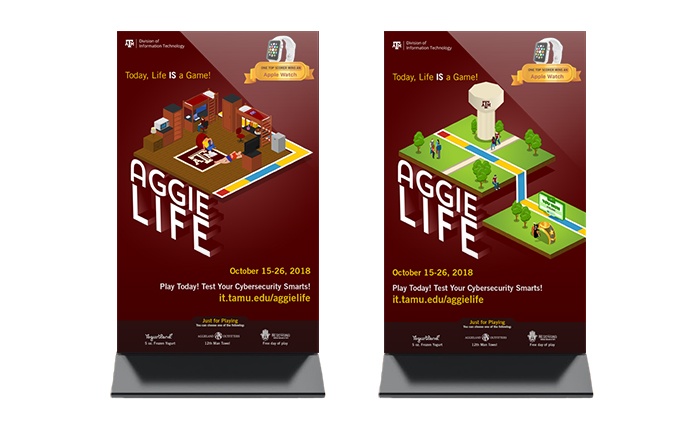 Small cards with different board game scenarios promote the game next to computers.